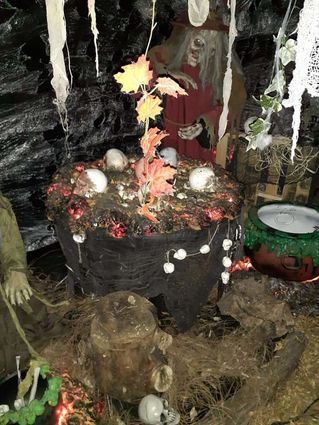 Fallbrook native Jeff Woodrey creates Haunted Hallows each year, with this year's being the biggest one yet.

Fallbrook native Jeff Woodrey is back in Fallbrook this year with his Haunted Hallows, a haunted house maze whose funds will go to support a young girl who is battling cancer.

Twelve-year-old Marilyn was diagnosed with stage 3 Hodgkin's lymphoma. Woodrey was connected to the family by someone he knew in Rainbow.