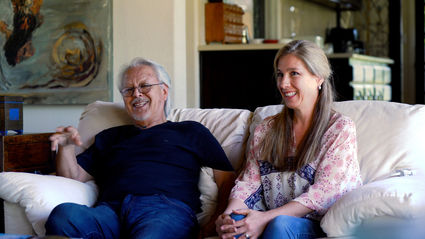 Roman and Ana separately immigrated from Mexico decades ago and are now Fallbrook residents who are happy to be living in the U.S.A.

Fallbrook residents Ana and Roman immigrated to the United States from Mexico decades ago at different times, but their view of America remains the same, despite its current state – they love it here and consider this their country.

"The first time, I didn't want to come to the United States, I'd just graduated from high school," Roman said. "But my mother brought me and my two other siblings for vacation after graduating. And obviously unbeknownst to me the plan was for us to come in and stay."

Roman cried himself to sleep every night. "I wanted to go back," he said. "I mean, I just got...