Pilot hurt in crash of small plane near Fallbrook Airpark 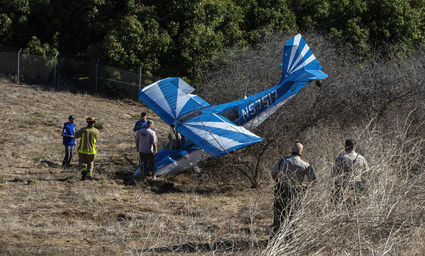 A small plane that was experiencing mechanical issues went off the runway at Fallbrook Airpark Nov. 11, according to North County Fire Capt. John Choi.

The crash was reported at 9:51 a.m. near the airpark along South Mission Road, according to North County Fire Capt. John Choi.

The plane was having mechanical issues and came down for an emergency landing but ran out of runway space and went into an open field, according to information from Choi.

The plane did not catch fire, and the single occupant was taken to Palomar Hospital with non-life-threatening injuries.