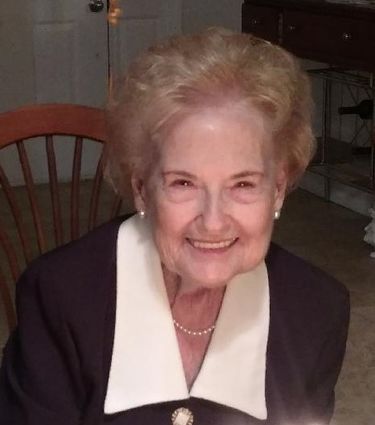 Ellen Jane Costello, 93 of Grass Valley, California, passed away peacefully, surrounded by her family. She was born in Topeka, Kansas, on January 28, 1972, daughter of Allice and George Harvey, Sr.

Ellen grew up with nine brothers and one sister in Berryton, Kansas, graduating from Berryton High School where she played trombone and enjoyed playing baseball with her brothers and classmates. After graduation, Ellen worked alongside her father at John Morrell & Co. in Topeka.

In 1955, she married Norman Lyons, who preceded her in death in 2015. Their four children include Karen Lyons, Gail Martin del Campo, Laura Spackman, and Clay Lyons. Throughout her lifetime Ellen worked as a nurse, secretary, retail manager, homemaker and caregiver, always preferring to care for others.

Ellen enjoyed sewing clothing for her children and grandchildren, cooking, traveling with her husband Bob who she married in 1995, and listening to Neil Diamond and Bob Seger. She loved to smile and laugh, rarely had a hair out of place, always looked great, and was pleasant even when she wasn't feeling her best.

A restless gypsy soul, known all too well by those closest to her (and maybe U-Haul), led to family adventures as fulfilling as they were at times chaotic. Far from perfect, but always with humility, and humor, and the best of intentions.

She is once again reunited with her parents, brothers George, Clifford, Clarence, Robert, Ronald, Danny, and sister Shirley, daughter Karen, and her beloved Bob who passed in 2014. Ellen is survived by children Gail, Laura, and Clay, eight grandchildren, three great-grandchildren, and brothers Gerry and Lindy.

We will all miss her presence but also share in cherishing the wonderful memories of her life. Reunited, no longer alone or in pain, restless no more. Forever in our hearts, heading for the farthest shore.