By Michael R. Sisak and Marina Villeneuve
The Associated Press

How Cuomo investigation, possible impeachment could play out 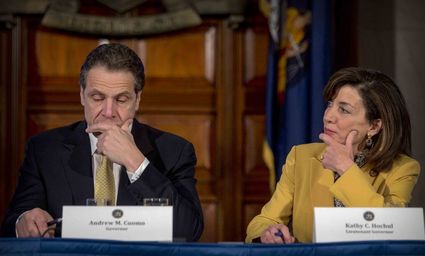 Gov. Andrew Cuomo has urged New Yorkers to "wait for the facts."

Patience, though, has grown thin. The state's two U.S. senators, Senate Majority Leader Chuck Schumer and Sen. Kirsten Gillibrand, and most of the 27 other members of New York's congressional delegation have called for his resignation. In the state legislature, more than 120 lawmakers have called on the Democrat to quit.

Leaders in the state Assembly Thursday, March 11, announced an impeachment investigation, a first step toward potentially removing Cuomo from office.

Cuomo has rebuffed calls to resign and staked his politica...