Notice of Intention to Recall paperwork filed against FUHSD board president 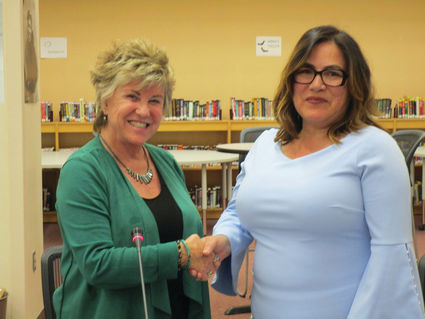 Fallbrook Union High School District board president Diane Summers, left, welcomes Ilsa Garza-Gonzalez as the new superintendent at the board meeting where her hiring was announced May 6, 2019. A group of parents is now in the process of holding a recall of Summers.

On Tuesday, April 6, a group of parents and community members filed a Notice of Intention to Circulate Recall Petition against Diane Summers, the president of the Fallbrook Unified High School District Board of Trustees. According to a press release, the parents stated that they "came together under a common goal to ensure that anyone elected to the board of trustees followed the bylaws and fulfilled their obligation to the students."

Summers has 10 days to respond to the Notice of Intention. At that point, petitioners have 10 days to file the petition to recall with the Registrar of Vote...