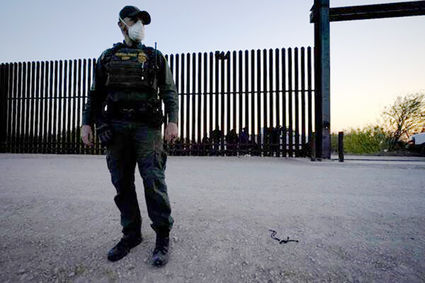 U.S. Border Patrol agent looks on near a gate on the U.S.-Mexico border wall, in Abram-Perezville, Texas, in this file photo.

Nebraska will send state troopers to the U.S.–Mexico border to aid law enforcement after the governors of Arizona and Texas requested help from other states amid a surge of people crossing the border illegally, Gov. Pete Ricketts announced.

Ricketts, a Republican, appears to be the second governor to assist after Florida Gov. Ron DeSantis said he would deploy troopers and other law enforcement officials from his state to the border.

"Nebraska is stepping up to help Texas respond to the ongoing crisis on their border with Mexico," Ricketts said in a June 19 statement. "The disastrous polic...