Two dead after vehicle found down embankment in Fallbrook 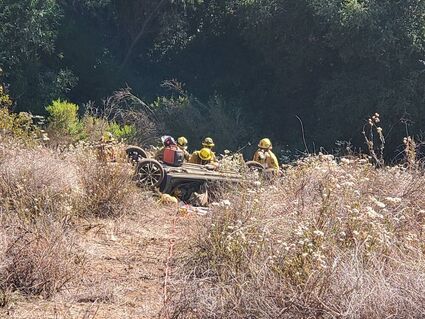 FALLBROOK -The bodies of two men were found after a vehicle was found 100 feet down an embankment.

It was not known when the crash occurred, but the vehicle was found at 4:22 p.m. Sunday off of southbound Interstate 15 near Mission Road, according to the North County Fire Protection District.

A person at the scene told California Highway Patrol officers the Toyota sedan had been missing since Friday.

Firefighters from the North County Fire Protection District were at the crash scene to help with the recovery of the bodies.

No further information was immediately available.