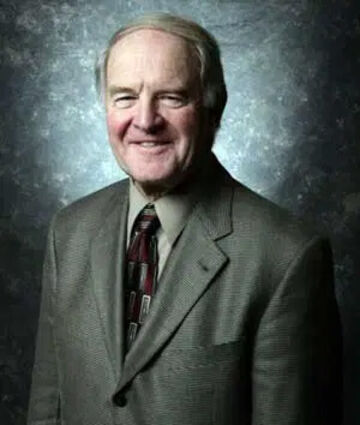 Bill grew up in East Lansing, Michigan. He graduated from Michigan State where he was president of his class and his fraternity. Bill moved to Southern California where he met his wife, Marialice, and obtained his Master's Degree in Public Administration at USC.

In 1965, Bill and Marialice moved back to the Midwest so Bill could start his distinguished public career in City Management. After a stint as Town Manager of Mason, Michigan, he spent five years as City Manager of Holland, Michigan. The Bopf's moved to California where he was Manager for the City of Tustin.

Subsequently, Bill and family moved to Napa, California where he served as City Manager for 10 years. The Bopf's kept a second home in Napa until recent years. They moved south where Bill relished working with the community to incorporate the City of Temecula. He also served as executive director of the Inland Valley Development Authority and the San Bernardino International Airport Authority.

Bill led major economic development and revitalization initiatives that shaped these communities. His imprint can be seen in the downtowns and industrial parks that helped these cities flourish.

In retirement, Bill enjoyed volunteering at the Fallbrook Food Pantry and as a Senior Patrol Officer. He had many friends and was well-liked for his gregarious personality. Bill was extremely devoted to his faith, community, and family. He was much loved and will be greatly missed.

Bill is survived by his wife Maryalice; children, David, Susan and Lisa, and grandchildren Daniel, Becca, Lilly, Elizabeth, and William. He was preceded by Arnold and Evelyn Bopf and his brother Chuck.

A Celebration of Bill Bopf's life will be held on Sept. 11 at 11 a.m. at Christ the King Lutheran Church in Fallbrook, California.