Local boy tries out for U15 U.S. National Team 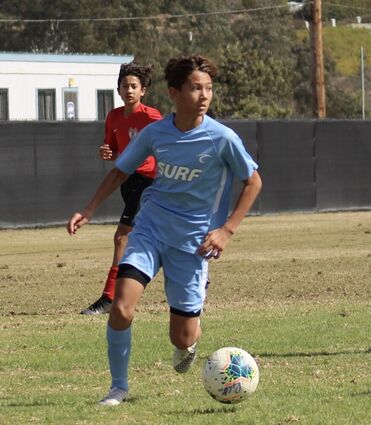 Fallbrook High freshman Oliver Kurnik has been asked to try out for the U.S. National soccer team.

FALLBROOK – Oliver Kurnik, a freshman at Fallbrook High School, is getting a chance to try out for the U15 U.S. National soccer team. The last three years he has been playing on San Diego Surf's top team where they have been No. 1 in the nation and have been in the top 10 since Kurnik has been on the team.

Kurnik started out with Fallbrook Villa and played with them for two seasons before transferring over to Surf. His first position was left midfielder so that he could develop his left foot. In his first two seasons with Surf, he played center back and now he has developed into attackin...