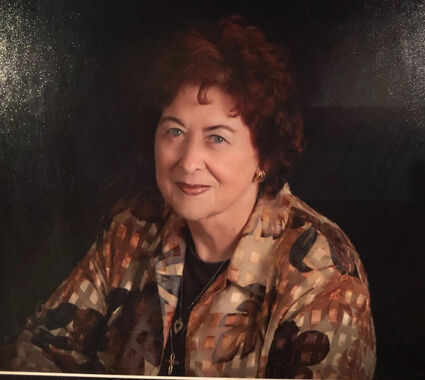 Judith Lee Domercq, 84 from Fallbrook, passed away Nov. 2 after a prolonged battle with Alzheimer's disease.

When only 13, she left Missouri with her mother for the sunny Southern California southland where she found her first job in a hospital in Los Angeles.

She made friends quickly and moved out on her own at the early age of 17.

Later she worked in Los Angeles with the Griffith Company where she worked as a clerk and happened to meet the love of her life, Pierre Domercq.

They wed, moved to Fallbrook in 1973 and raised their children here in the Avocado Capital of the World. Judy was as comfortable raising sheep for wool and milking their family dairy cow as she was raising the hood of their 1974 Chrysler Imperial.

Judy was always social and active in the community and was elected school PTA president at La Paloma Elementary in the late 1970s.

Later, she earned her real estate license and found success in helping people with buying and selling local properties and even owned the Red Carpet real estate franchise in town.

She retired from this venture but then found her new role in the community through active participation in the local National Charity League and then as a volunteer for the local Republican Women of California/Fallbrook.

After a long descending bout with Alzheimer's, she finally succumbed to a stroke at the end of October.

She was preceded by her grandson Josh Reardon.

She is survived by her husband of 60 years Pierre, and her four children, Michael Reardon and his wife Jill, Pierre Domercq and his wife Jeniene, Jacques Domercq, his partner Sandra Garcia and daughter Nichole Klootwyk and her husband Christopher Klootwyk.

She is also survived by her grandchildren, Nathan, Kevin and Justin Klootwyk, Chad Eckert, Shane Domercq and Katherine Reardon.

She is also survived by her great-grandchildren, Olivia and William Reardon.