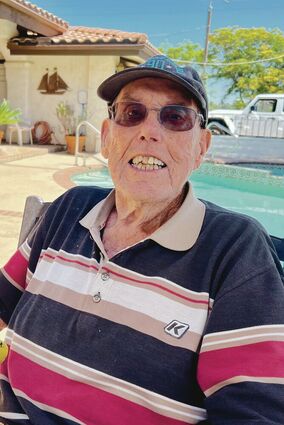 James Gilbert Hokanson, better known as "Hokie" to many, passed away peacefully Sept. 14, 2022 in his Fallbrook residence with family by his side. Jim was a longtime Fallbrook resident. After his Coast Guard service, his career as a Culver City police officer, and running his business, Hokanson's Sails for over 35 years, Jim and his wife Phyllis built their retirement home in Fallbrook. Jim and Phyllis were together over 70 years and shared a lifetime of love.

Jim was born on Sept. 11, 1931, in Minnesota and moved to California as a child. His love affair with the sea began at an early age and he became a master yachtsman and was well known in the sail racing and sail making industry. When he retired, he became a farmer tending to his avocado grove. He was an integral part of his neighborhood and will be deeply missed.

Jim is survived by his wife, Phyllis, and his children, Pamela Bounds and her husband James Bounds; his son Ty Hokanson, his grandchildren Brady and Paige, and his nephew Pete Millikin.