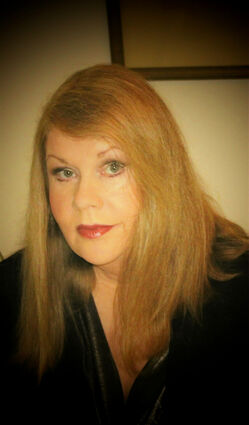 Taylor received three first-place awards, two second-place awards and one third-place award. (Press Club stories are judged by other clubs throughout the U.S. Judges are rotated each year.) Since 2004, Taylor has won 101 writing/journalism awards.

Taylor took first place in the Entertainment category with her article, "Remembering 'Golden Boy' Bobby Rydell." The piece was written after his death, and published in the Village News on April 29, 2022. The story was enhanced by a 1985 photo of Taylor with Rydell. An excerpt: "...At that moment, I felt a wrenching in my soul. The singer had melted my heart with his endearing grin and caramel-coated voice for 60 years, beginning when I was eight. Bobby Rydell possessed a gracious demeanor both on and off the stage. I am grateful that my life was enhanced by the music of this kind and gentle entertainer. Bobby Rydell has left us, but he is still my 'Golden Boy.'"

The writer took first in Reviews/Restaurant with "Wonderful and sometimes wacky – San Diego County Fair food," published June 30, 2022 in the Village News. Excerpts: "Fair food – it's wonderful, wacky – and ever delightful! Fair food engages all senses. Enticing aromas mingle into one pleasant, unforgettable scent. Then, there are the unusual textures, such as crunchy Australian battered potatoes, which are sliced potatoes dipped in batter and deep-fried. Revel in a swirled funnel cake topped with a mountain of whipped cream, or enjoy the crisp crackle as you chew on a mouthful of kettle corn."

Taylor was honored with first place in the Reviews/Live Performance category for "American Pop Concert at Pala Casino – A night for remembering," published May 28, 2022, in the Village News. Excerpts: "As we age, one of the great joys of life is to revel in the wonderful music of our youth. Three classic rock bands, the Grass Roots, the Box Tops, and the Buckinghams, entertained a crowd of mostly gray-haired guests... The last note was sung, the strobe lights were switched off, and only great memories remained. The American Pop concert whisked the audience back to the sixties, and for most of the guests, that was a wonderful thing."

The writer was awarded both second and third place in the Travel/International category. Her second-place story, "Dazzling the senses in the Swiss Alps," was published in the Village News on March 26, 2022. Excerpt: "We ambled along crooked pathways lined with flowers and tall grasses. Clusters of dogwood blossoms and a variety of mountain blooms punctuated the green valleys, blending in colorful harmony. A slight breath of wind carried an earthy scent from the meadows."

"Ancient and alluring Athens," published in the San Diego Reader on Aug. 8, 2021, was the writer's third-place award in Travel/International. Excerpts: "Athens, Greece is the antidote for the bland. Over two thousand years of history are captured in the antiquities. I was inspired by it all – the cultural sites, museums, cuisine, and congenial residents. Athenians are guardians of a rich heritage. The soaring columns of the Parthenon, a colorful marble pathway at the Acropolis, a fragment of tile...all have stories to tell."

"Mardi Gras King Cake – Carnival on a plate!" took second place in the Food category. The story was published on Feb. 18, 2022, in the Village News. Excerpts: "Since I had never baked bread, the first hurdle I needed to jump was the foreign terminology. Dough hook? Paddle? Sounded a bit dangerous. I discovered these are attachments to large, fancy electric mixers. Since I didn't possess a large, fancy mixer, let alone the attachments, I kneaded my King Cake dough by hand – the way that women did it in nineteenth century New Orleans. It made me feel somehow connected to these strong Southern women. The 'Sisterhood of the Kneaded Dough.'"

Taylor holds a BA degree in English from California Polytechnic State University, San Luis Obispo. She was seated on the Alumni Advisory Board for the university's College of Liberal Arts/English Department from 2011 to 2018. Since 2015, she has been a San Diego Press Club Honorary Committee member.