Bluegrass by the Brombies April 19 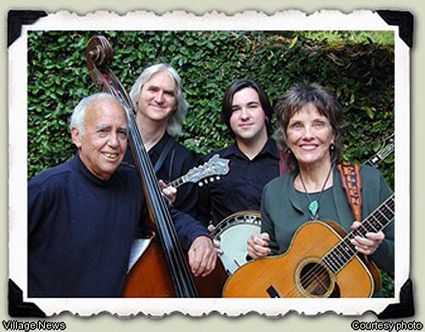 The Brombies, a bluegrass foursome including Jo Ellen and George Doering, Patrick Sauber and Bill Bryson, perform in Fallbrook this Saturday, April 19.

The Brombies have a nice story attached to their name. “Brumbies” are wild horses that roam the outback of Australia brought there by Jack Brumby, the “Man from Snowy River.”

Seems the band liked the idea of music stampeding to the beat of wild horses – or something like that – but they misspelled it. Once they established the name, error and all, they decided to keep it.

They also have some nice music credits. They performed at the International Bluegrass Festival After Hours Showcase in Nashville last year and were among the winners at the Chris Austin Songwriters Contest at Merlefest in Wilkesboro, NC.

They have also appeared locally at bluegrass events in Grass Valley, Topanga Canyon, Blythe, Valley Center, Julian and other locations.

Members have changed over the years and now include Patrick Sauber on banjo and vocals. Sauber also often appears with his father, Tom, who has become something of a Southern California music legend.

Bill Bryson has joined them on bass. Bryson often performs with Chris Hillman and Herb Pedersen and was a founding member of The Desert Rose Band and a member of The Bluegrass Cardinals.

Together they form a tight band with emphasis on vocals and harmonies, presenting their original music in the tradition of the bluegrass masters.

This is the first time a FAMS concert will be at St. Stephen Lutheran Church, 1636 East Mission Road. The FAMS concerts have been held at Hilltop Center in the past and now alternate between St. Stephens, the Fallbrook Woman’s Club and the Mission Theater.