Grease can artists, schools honored, Cans on display at FPUD 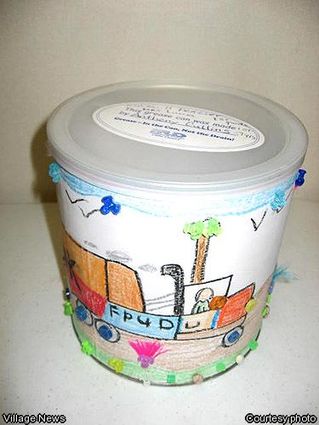 FALLBROOK — After 500 entries from six Fallbrook schools came rolling in for the Fallbrook Public Utility District’s (FPUD) annual grease-catcher environmental art contest, the painstaking task of selecting the cream of the crop began.

Cans were decorated to look like grease monkeys, leprechauns, charming containers affixed with hearts and beads and one even played a Star Wars theme when the lid was lifted. The number-one winner looked like a toilet!

The top 15 were selected and the Fallbrook schoolchildren who crafted them were recognized Monday, May 21, at the 4 p.m. board of directors meeting.

In addition, Fallbrook Street School was awarded the district’s $400 prize for having the greatest number of entries in the contest. Zion Lutheran School won $200 for having the second most.

The contest, open to first- through fifth-graders in Fallbrook, is part of the “Grease – in the Can, Not the Drain!” campaign, an effort to inform residents that kitchen grease poured down the drain is a leading cause of sewer spills in Fallbrook. Oils and fat stick to the sewer pipes and clog passageways, causing backups and sewer spills.

In the five years since the campaign began, a few milestones have been crossed: more than 4,000 grease cans have been crafted by students in Fallbrook between the contest, a grease-can education booth at the Avocado Festival and classroom presentations, and FPUD officials are beginning to notice a difference; as habits seem to be changing, it has been many months since there was a grease-related spill.

The district has also been selected, for the second year in a row, to receive the Community Cornucopia Award from the Fallbrook Union Elementary School District for this program.

The prizes, incentives for schools to encourage student participation, go toward the schools’ art programs. The grease cans are currently on display in the FPUD board room and next month will go on display at The Art Campus at Fallbrook.

The 15 young artists were presented certificates and prizes, including gift certificates donated by Target, Taco Bell, Little Caesars and McDonalds, for making the grease cans.

The decorated grease cans could solve the sewer-spill problem by remaining on kitchen countertops. Parents would then line the cans with a plastic bag, fill them with cooking grease and then toss the bag in the trash when full.

“It’s amazing what the students come up with for this project,” said FPUD General Manager Keith Lewinger. “They’re very creative and artistic.” 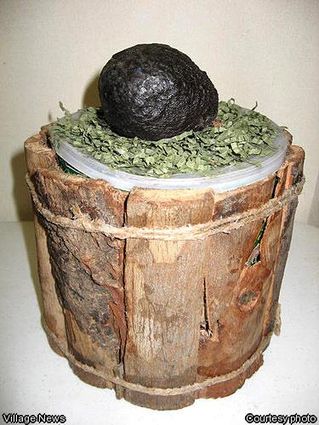