Herter honored as Pitcher of Year at PLNU 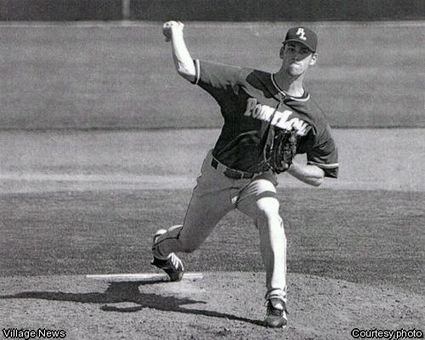 Adam Herter, a 2006 graduate of Fallbrook High School, just completed a 7-3 record as a sophomore with Point Loma Nazarene University’s (PLNU) Sea Lions team. Out of eight pitchers on the Sea Lions, Herter’s hard work earned him a starting spot for the 2008 season.

Going into league playoffs, Herter posted a 3.56 earned run average (ERA) in 75 innings pitched, struck out 60 batters, while only giving up seven walks. Herter’s stats and efforts earned him the PLNU Pitcher of the Year award at the team banquet in May.

This summer, Herter was invited to play in a New England summer base...