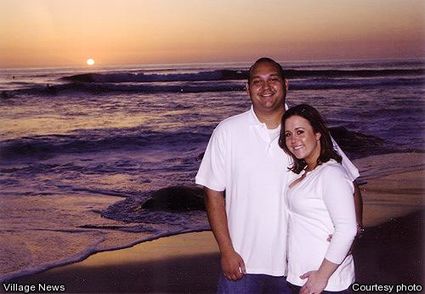 Kristin Erin Miller and Matthew Stephen Peceimer will be united in marriage on October 25 at the Admiral Kidd Club in San Diego.

The bride is the daughter of Dale and Jayne Miller of Fallbrook. She is a 2002 graduate of Fallbrook, 2006 graduate of Cal Poly San Luis Obispo and received her teaching credential from Cal State San Marcos in 2007. She currently teaches third grade at Live Oak Elementary School in Fallbrook.

The groom is the son of David and Nora Peceimer of Hacienda Heights. In 1999, Matt graduated from Don Bosco Technical High School in Rosemead, CA. He went on to receive his Bachelor of Science degree from the University of California Irvine and Master’s Degree from Cal Poly San Luis Obispo.

After they marry, the couple will live locally.