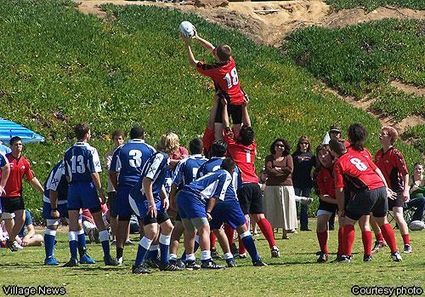 Taylor Crouse reaches for the ball in a line-out.

Fallbrook’s varsity boys’ rugby team traveled to Montebello on Saturday, February 21, to play Cantwell Sacred Heart. The Warriors spread the scoring between six different players, making the final score 49-7. After leading 37-7 at the half, the Warriors were able to get all of their new players much needed time on the field.

On the weekend of February 28 and March 1, both the varsity and junior varsity boys’ rugby teams remained undefeated by beating their North County rivals.

The JV boys won 45-5 and showed excellent discipline by spreading the scoring around to seven different players.

The varsity boys won 81-0 and gave the fans a rugby clinic. Nothing fancy was added to a game plan that included nine different scorers. Fallbrook’s unselfish play in both matches added to the excitement of the day.

The U14 team scored their first try of the season in a match that had many promising qualities.

The varsity girls’ team shut out Eagle Rock 29-0. This extended their winning streak to three by outscoring their opponents 155-0 in their last three matches. They are 3 and 1 in the season. 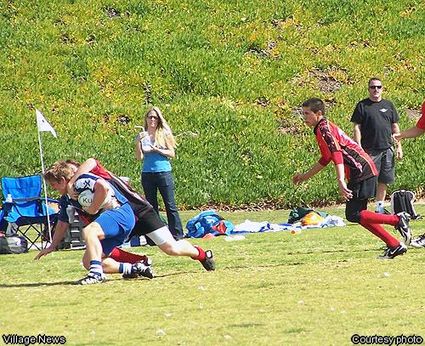