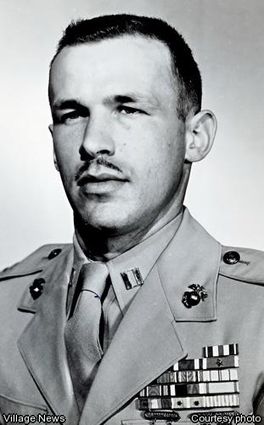 Col. Stanley H. Rauh enlisted in the Marine Corps in April, 1945, and attended boot camp in San Diego. After completing Sea School, he served briefly aboard the battleships Arkansas and Pennsylvania and several other ships. In 1946, he served on detached duty as bodyguard to Justice of the Supreme Court, Frank Murphy, who was President Truman’s personal representative in returning the remains of President Quezon to the Philippines. Corporal Rauh later served as brig warden at Marine Barracks Bremerton.