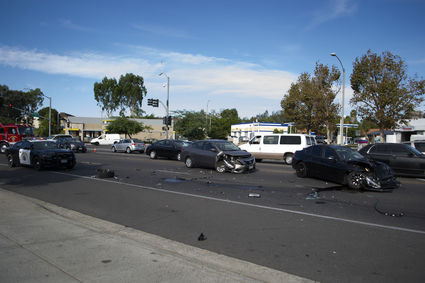 The collision, which involved three vehicles, was reported around 1:15 p.m. on southbound Mission Road just south of Ammunition Road, according to the North County Fire Protection District.

Mission Road was shut down for about an hour after the crash.