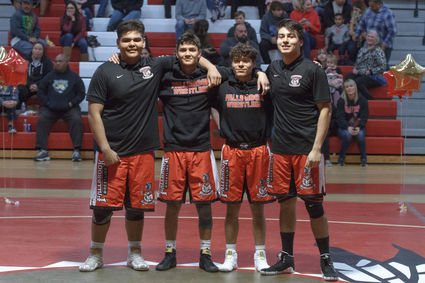 The Warriors' 60-24 home victory Feb. 6 against Valley Center gave Fallbrook a 5-0 league record for the season, and the Warriors had an overall dual meet record of 6-0.

"I'm on Cloud 9 as a coach," Fallbrook head coach Cristian Vera said. "We've never had this kind of success."

The Warriors won all five of their league meets despite forfeiting at least two weight classes in the first four and one in the finale against Valley Center.

"The one thing we never lost was the mental toughness," Vera sa...