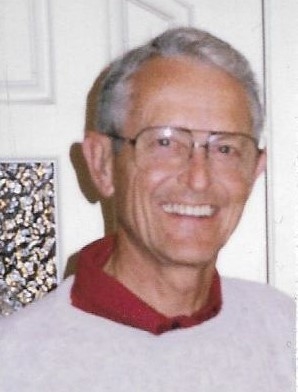 Jack, as he was known, was born Oct. 30, 1927, in Three Rivers, Michigan. He was the second of three children of State Treasurer Lewis Miller Dunckel and school teacher Elizabeth (Betty) Dunckel. Along with brother Bill and sister Diane, the family moved west. Jack graduated from Van Nuys High School and was drafted briefly into the army at the end of WWII.

He then enrolled in USC where he eventually met the love of his life, Donna Williams. Jack majored in zoology/pre-med and was the president of the Sigma Alpha Epsilon (ΣΑΕ) fraternity. He also lettered by running the 440 for the USC varsity track team. After Donna graduated from USC in 1951, the two were married and started their 68 years together.

Jack was not exempt from the draft, so he joined the Navy when the Korean War broke out. He deployed twice to Korea on the USS Boxer. He piloted 49 combat missions in the AD-1 Skyraider. Jack loved his country. He also loved his squadron mates and cherished those relationships for his entire life.

Returning to his family, Jack joined Donna who had bought a home near her parents in Rolling Hills Estates, California. Jack worked for his father-in-law (Don Williams) as a Realtor. He then became a broker and took over the business when Don retired. Jack was very successful and was the president of the local Board of Realtors for multiple terms. He retired in 1980 and moved to the town of Fallbrook, where he and Donna built their dream home.

Jack is survived by his wife, his sister, four sons, 12 grandchildren and 11 great-grandchildren.

Jack knew Jesus as his Lord and Savior, and we look forward to seeing him in heaven again someday. We plan on holding a memorial service at Riverview Church this summer to honor his life.