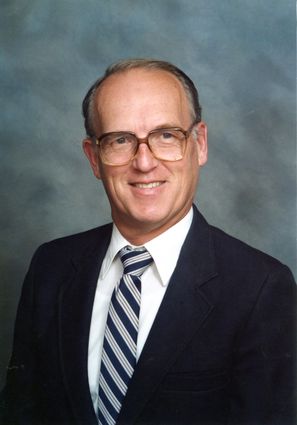 Edgar Allen Haver, 89, died peacefully Aug. 5, 2020. He was predeceased by his parents and siblings. Born Oct. 21, 1930, in Newcomerstown, Ohio, he moved with his family to Dover, Ohio, where his father oversaw a new flood-control dam on the Tuscarawas River. After graduating from Dover High School, Ed enlisted in the U.S. Navy, serving on the USS Carpenter and USS Hunt.

While crossing the Panama Canal, the Carpenter was ordered to Pearl Harbor at the outbreak of the Korean War. Ed met Liberty Miyo Kuniyoshi at the Church of Christ in Honolulu. After proposing to Miyo, he received orders to report to the USS Hunt in San Diego.

On Dec. 31, 1951, Ed and Miyo were married at the Church of Christ in San Diego where a bell rang out in celebration. With one month's leave and a brand-new car, the couple toured the country visiting family and friends, ending up in Newport, Rhode Island, the USS Hunt's new home port.

A faithful Christian, Ed led singing at the acapella Church of Christ starting at age 9. He and Miyo participated in starting and nurturing congregations in Rhode Island, Massachusetts and Connecticut. Later in California, Ed and Miyo worshipped with the Torrance Church of Christ where he served as elder for several years. Moving to Fallbrook, they actively participated with the church until present. He also volunteered at the Foundation for Senior Care in Fallbrook.

When his naval commitment ended, the Havers moved to Connecticut with their son Allan, and that's where their daughters Rachel and Alice were born. Ed worked for Stanley Works. In 1967, the family was moved to California by Garrett AiResearch. Later, he worked for Teledyne Relays until his retirement in 1993.

Ed and Miyo took their grandchildren on extended trips throughout the U.S., then they toured the Caribbean, Europe, Asia, Scandinavia and South America. Ed loved the outdoors. His activities included running, hiking and backpacking. He also climbed Mount Whitney with his daughters.

The viewing for Edgar Haver will be held at Berry-Bell and Hall Mortuary Aug. 24, 2020, from 3-6 p.m. At a future date, a private burial service will be held at Miramar National Cemetery. An online guestbook may be signed at http://Berry-BellandHall.com.