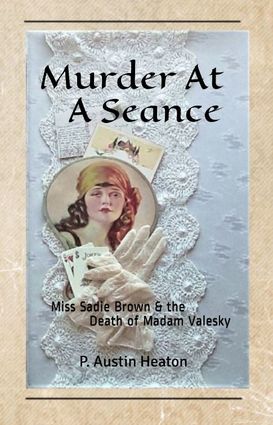 FALLBROOK – Local author P. Austin Heaton announced her new novel, "Murder At A Seance: Miss Sadie Brown & the Death of Madam Valesky," is now available for purchase. The book is a fun-filled but deadly romp that starts in 1917 Coronado at Hotel Del's Tent City. San Diego is gearing up for World War I but that doesn't stop a serial killer.

The novel is the second in a series featuring Miss Sadie Brown, aviatrix, newspaper reporter and undercover snoop. The novel begins with the murder of a woman posing as a psychic and fortuneteller in Coronado during the summer of 1917. Brown and De...