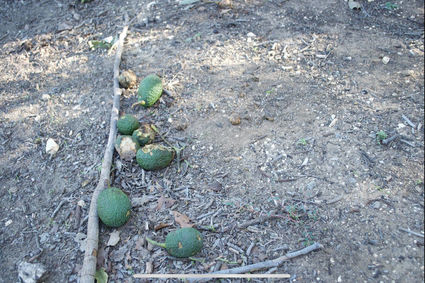 Avocados at a De Luz grove were knocked to the ground by Santa Ana winds in early December. Downed fruit cannot be sold.

Santa Ana winds have long been the cause of headaches for avocado growers, and the winds experienced in Southern California the first week of December – which also caused public safety power shutoffs in Fallbrook and elsewhere – were no different.

One De Luz grower said the winds knocked a significant chunk of the fruit off her trees.

The grower said the da...