By Marcia Dunn
The Associated Press 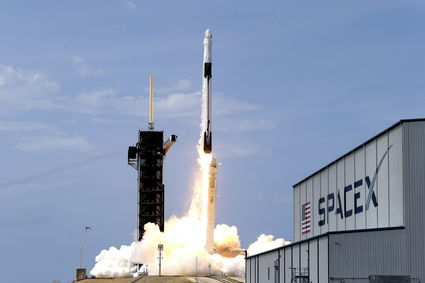 In this May 30, 2020, file photo, a SpaceX Falcon 9, with NASA astronauts Doug Hurley and Bob Behnken in the Dragon crew capsule, lifts off from Pad 39-A at the Kennedy Space Center in Cape Canaveral, Florida. For the first time in nearly a decade, astronauts blasted toward orbit aboard an American rocket from American soil, a first for a private company.

Astronauts blasted into orbit from the U.S. for the first time in nearly a decade in 2020, while three countries sent spacecraft hurtling toward Mars and robotic explorers grabbed rocks from the moon and gravel from an asteroid for return to Earth.

Space provided moments of hope and glory in an otherwise difficult, stressful year.

It promises to do the same in 2021, with February's landings at Mars and next fall's planned launch of the Hubble Space Telescope's successor – the next-generation James Webb Space Telescope.

Boeing hopes to catch up with SpaceX in the astronaut-launching depar...