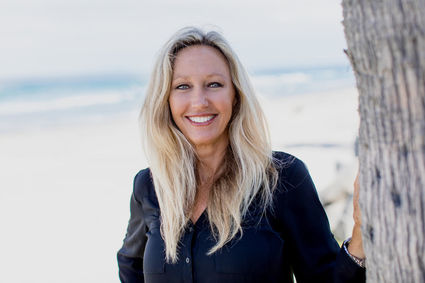 Carrie Lynn Ybarra passed away Jan. 17, 2021 at age 59 in Bonsall, California. She was born March 20,1961 to Mary Liston and James Russell in Santa Monica, California.

Carrie spent her early years in the Pacific Palisades until moving to Carlsbad with her father. She attended Catholic school through middle school then attended San Marcos High School. Carrie passed the G.E.D. and entered community college at age 16.

She worked at several health food stores until she was hired at The Chart House restaurant in Dana Point. Carrie then entered the Real Estate profession as Title Rep, Real Estate Agent, Escrow Officer and finally Marketing Escrow Sales.

Carrie raised her two children in San Clemente, California, and spent most of her free time at the beach. Carrie had an outgoing, bubbly personality who made acquaintances easily and turned those acquaintances into lifelong friends. She loved yoga, traveling, surfing, Billy Idol and riding her trusted steed Vaquero.

She leaves behind a legacy that won't soon be forgotten. A private ceremony is being held on Feb. 20, 2021 in Bonsall, California.