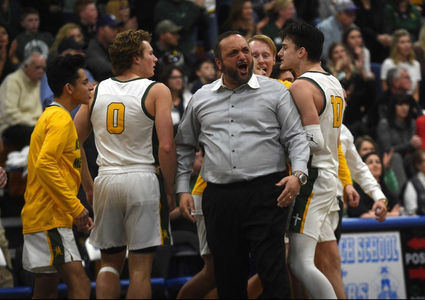 Coach Moe Golshani is seen with his Bishop Manogue Catholic High School basketball team in Reno, Nevada where he coached for five years.

"I am extremely excited about the opportunity," Golshani said.

"It's a tremendous hire," Pat Walker, athletic director at Fallbrook High School, said. "He is something special."

Golshani did not coach during 2019-2020 but was the head boys' coach at Bishop Manogue Catholic High School in Reno, Nevada, for the previous five seasons. During those seasons, the Miners reached the Northern Nevada c...