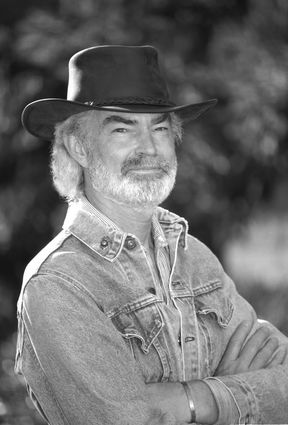 Jerome "Jerry" Robert Newberry died peacefully March 16, 2021, at the home of his devoted daughter in Fallbrook. He was 85 years old.

Jerry was born in St. Louis Feb. 23, 1936. He is survived by his brother, Clarence "Bud" Newberry and sister, Jenny Ledeen. He was preceded in death by sister, Kathleen "Kathy" O'Brien and his parents, Clarence and Frieda Newberry.

He graduated from Lutheran High in St. Louis, and then joined the U.S. Marine Corps starting at Camp Pendleton in 1954, and proudly served in Japan, Okinawa, and Iwo Jima before returning to St. Louis and marrying Marilyn Bignami.

He joined the family business in St. Louis-Newberry Radio Company, where he managed the Service Department. After a divorce, he raised three daughters as a single parent.

Jerry was a gifted sculptor and painter who inspired many to pursue their artistic craft. He was an advocate for the rights of Native Americans, who were a favorite subject of his sculptures.

In addition to art, Jerry's passions included reading, music, the outdoors and he was a strong proponent for the reform of marijuana laws. But above all, he enjoyed spending time with his family.

His family would like to express their thanks for the care and support given by family, friends, neighbors and The Elizabeth Hospice. His family will gather on Father's Day in St. Louis in June 2021 to share stories and celebrate his life. He will be laid to rest at Jefferson Barracks National Cemetery.

We love him and miss him very much. Thanks for everything you sacrificed and taught us Dad. Fly free and high.