UPDATE: Rainbow fire forward rate of spread has been stopped 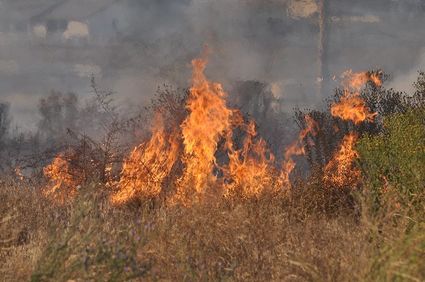 At 10:45 am the North County Fire Protection District reported that the Rainbow Fire forward rate of spread had been stopped. Crews will remain on scene to perform mop-up.

At 9:45 am this morning a vegetation fire started in the 3000 block of Rainbow Valley Boulevard in Rainbowin. North County Fire Protection District PIO John Choi says is holding at 1/4 acre. "1/4 acre fire mid-slope making a run. Cal Fire and North County Protection District on scene currently. We have a large response coming, including aircraft. No structures are threatened. The crews are making good progress. Still holding at 1/4 acre."