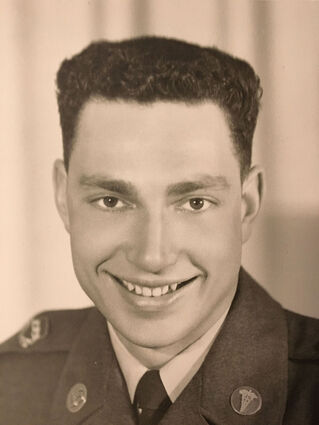 He was born in Alhambra, California, July 29, 1934, to Max Henry Schober and Elsie Matilda (Bacon) Schober. His family moved to a ranch in Fallbrook in 1943, becoming close friends with the White family next door.

He worked at the Fallbrook Citrus Packing House and graduated from Fallbrook High School in '54. Ralph was drafted to the US Army and served as a medic in Wildflecken, Germany. Ralph then moved to San Diego where he reconnected, much to his hope, with his lifelong friend Judith White.

Ralph and Judith married in 1960 and they built their home on a part of the homestead in Fallbrook. Ralph and Judith would defend this home from wildfires in 2007. In his 40's, he fulfilled his dreams of learning to fly and building his own sport plane. He was often recognized in town for his 1966 Mustang GT Fastback.

Ralph worked his way from Fallbrook Lumber to Rainbow Water to Fallbrook Sanitation to Camp Pendleton's Maintenance Division where he worked until retirement.

He was preceded in death by his parents, brother Richard, and wife Judith.

A memorial service will be held at 11 a.m., Saturday Aug. 7, 2021 at The White Family Ranch, 2544 E. Live Oak Park Road, Fallbrook. Any memorial donations may be made on his behalf to Redeemer Lutheran Church in lieu of flowers.