Everesting Monserate Mountain for the unborn 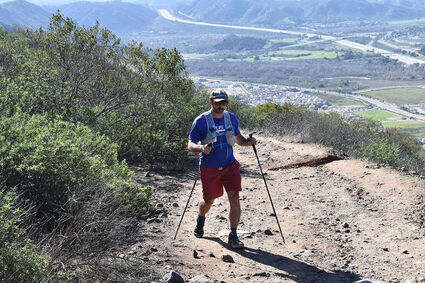 FALLBROOK – Why in the world would anyone climb over 29,000 feet by choice? Well, if you are referring to the many people who have attempted and succeeded in reaching the top of Mount Everest, the answers are as varied as the climbers.

But if you are asking James Blackwell, his reasoning to climb more than 29,032 feet of elevation was for far "smaller" reasons. Months ago, Blackwell decided to challenge himself to climb Fallbrook's own Monserate Mountain enough times, in one continuous activity, to reach the altitude of Mount Everest. This is called "Everesting" and it is a challenge by...