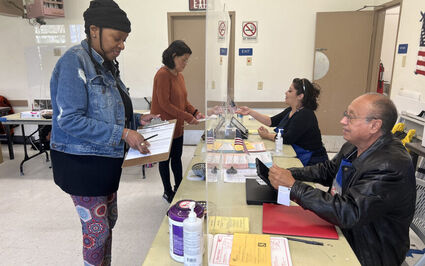 The Registrar of Voters is seeking poll workers for the June 7 Gubernatorial Primary Election. Poll workers play an essential role in elections and can serve their community while earning $15 per hour.

With the introduction of the Voter's Choice Act, voter centers replace traditional polling places. Vote centers are open throughout the county for an extended period before Election Day. Rather than a single day of service, poll workers are now needed to staff vote centers up to 11 days in the two weeks before Election Day.