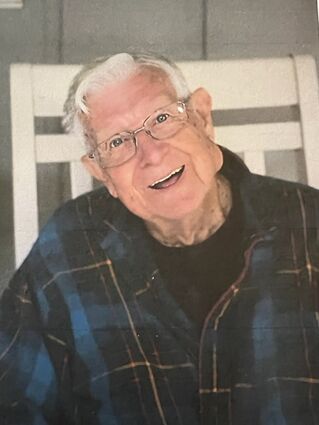 Kenneth P. Dickson was born June 29, 1935, at his family home in New Summerfield, Texas. He was the only son of Coy and Esther. Ken graduated early from New Summerfield HS and entered his freshman year at North Texas State College in Denton soon after.

Ken met his wife of 58 years, Lucy Baker, while student teaching in biological sciences. After a brief courtship, they married and moved to Newton, Texas where Ken had been invited to serve as hospital administrator. He served in this same capacity at two other hospitals in Quanah and Sweetwater, Texas. His career of over 50 years in health care, in Texas, Colorado and Georgia, gave him an immense amount of pride.

Ken served as a medic in the US Army from 1958 to 1960; it was there that he developed an affinity for electronics and radio communications. A member of the Amateur Radio Relay League for over 50 years led him to serve his local communities in emergency services, including fire and rescue, event safety communications and natural disaster events.

He was a longtime member of the Fallbrook Amateur Radio Club, where he served as secretary and treasurer. Ken loved aviation; he earned his private SEL, instrument and CFII instructor ratings with the FAA while residing in Texas. He served on the board of the Friends of the Fallbrook Library and wrote the computer program they use today to assist in their operations. He cherished the friendships he made while in Fallbrook, especially in his beloved FARC!

Ken and Lucy adored their two sons, Kenneth L. and Kevin. After graduating from Oklahoma State University, Ken L. took up permanent residence in Auckland, New Zealand. Kevin studied equine science at Colorado State University and ultimately landed in Bonsall managing a large horse farm and was the catalyst for Ken and Lucy relocating to Fallbrook following their retirement in Georgia.

Ken and Lucy traveled extensively. They enjoyed their 14 trips to the South Pacific visiting Ken L. and his family and included trips to Australia and Fiji in their travels.

Ken had a passion for the outdoors and was an accomplished fly fisherman. He took his boys on backpacking, fishing and ski trips annually. His love of nature forged a long relationship with horticulture. His home-grown tomatoes were second to none; he could name almost any bird that flew by.

Ken and Lucy moved to Lompoc, California in 2019 to, yet again, be near family. He passed Aug. 19, 2022, surrounded by loved ones and joined Ken L. who lost a valiantly fought battle against cancer in 2017.

A Celebration of Life is planned for, 11 a.m., Oct. 22, at Grace Presbyterian Church in Vista, California.

In lieu of flowers, the family requests donations be made to St. Jude’s Children’s Research Hospital in Memphis, Tennessee or Grace Presbyterian Church in Vista.