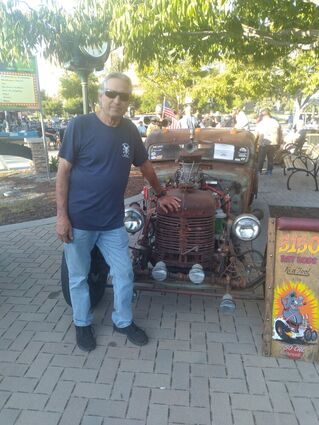 The theme of the Aug. 17 Cajon Classic Cruise car show in El Cajon was Rat Rod Rally. Not only did Jim Ramsey make the trip from his Fallbrook home for the car show, but he led a contingent of Rat Rod owners.

A Rat Rod is a custom car which showcases the parts, including non-automotive items which have been transformed into car pieces, rather than the appearance of the car. Ramsey has had his Rat Rod, which utilizes a 1946 GMC chassis, for about five years.