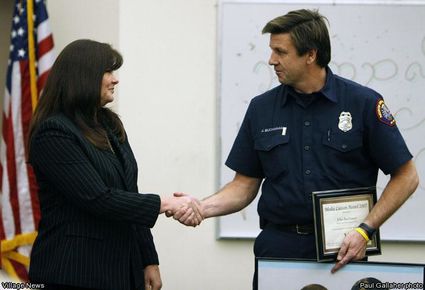 Buchanan was honored on December 11 during the Public Comment portion of the NCFPD board meeting held at Fallbrook Public Utility District.

The newspaper, which carried constant updates on the fire situation on its Web site (www.thevillagenews.com), has received numerous comments and letters of appreciation from the community in regards to the information provided during the disaster and subsequent displacement of thousands of residents.

The regularly updated information made available through the site was credited to Buchanan and his dedication to the community.

“The reason we were able to provide information as often as we did was because of John Buchanan,” said Debbie Ramsey, Village News managing editor. “He was on the phone with me every one to two hours during the fire.”

“We have never worked with a finer media information officer than John in the ten years the paper has been in business,” Ramsey added. “I don’t think he ever slept; he answered his phone 24 hours a day.”

“North County Fire can be very proud of the outstanding job does,” Village News Publisher Julie Reeder said. “He is amazing.” 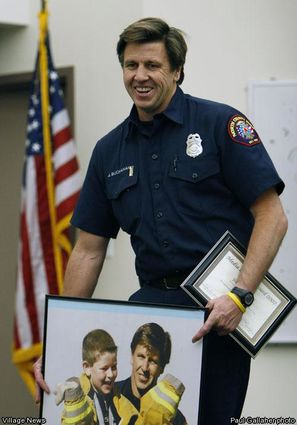