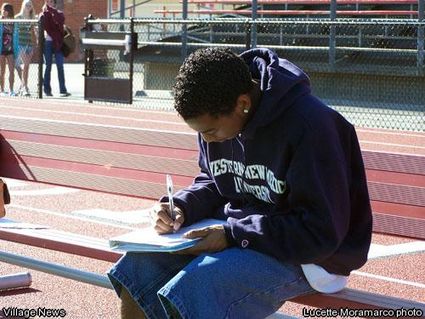 “I can keep playing football,” he added. “All that hard work gets to pay off.”

Sumpter, whose father spent 12 years in the United States Marine Corps, played football at three different high schools. He spent his elementary and middle school years in Oceanside before the family moved to Murrieta.

Sumpter was on Murrieta Valley High School’s freshman team in 2004 and on the Nighthawks’ junio...