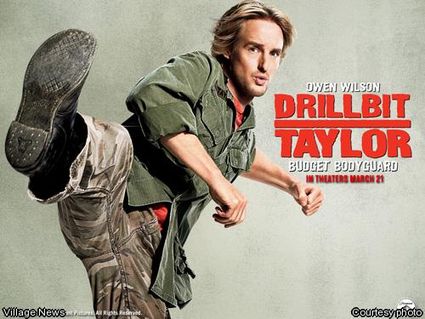 Gene Roddenberry’s son once mentioned that while a movie audience needs to “suspend the disbelief,” the need for “fictional believability” requires credibility within that fantasy context and a movie which forfeits that credibility will collapse.

Rod Roddenberry explained that once the viewer no longer believes in the story, a character, or even a particular scene, the balloon of fictional disbelief is popped. Roddenberry’s words come to mind when watching the movie “Drillbit Taylor.”

It is acceptable to suspend the disbelief so that three teenage boys who are being bullie...