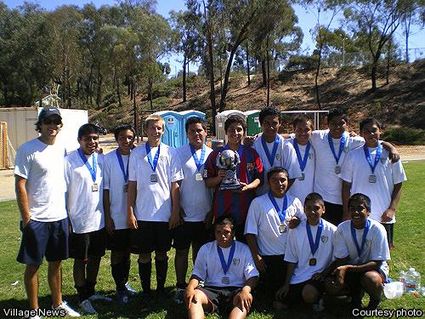 The Fallbrook Fury boys U16 soccer team took first place in the Encinitas Rotary Cup. Fury is the competitive branch of the Fallbrook Youth Soccer League.

The team won each of the games in their bracket and faced the Attack from Rancho Santa Fe in the finals. The final game ended after regulation tied 1-1 and went immediately to penalty kicks.

Fury goaltender Mario Ferreira stopped two penalty kicks and the Fury players scored on four of five against the Attack, giving the Fury the victory.

The Fury team was sponsored by Puerto Nuevo restaurant of Fallbrook, which made it possible for th...