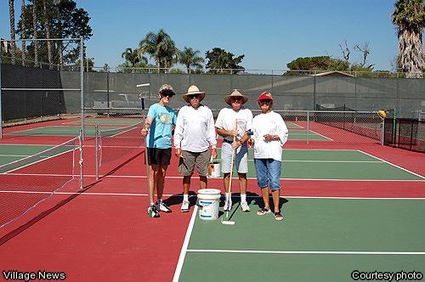 There are now six Pickleball courts for players to practice, play and be physically fit! These are the only public courts in San Diego County.

This extension to the group’s “Field of Dreams,” which began just two years ago, is a wonderful accomplishment, made possible by all the donations and volunteer hours Pickleball players have put in. 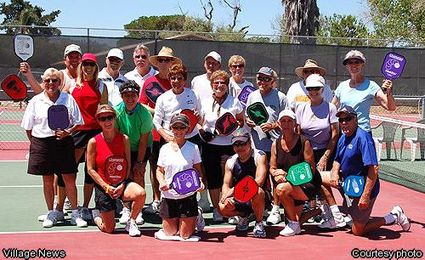 Members of the North County Picklers (not all present)

The players just participated in a successful series of weekend tournaments to enjoy the new courts. During the games, more than 50 players ages 10 to 75 participated.

The group is now busy preparing for the Third Annual San Diego Senior Olympics. Pickleball will be hosted at the San Luis Rey courts September 26-28. Anyone who will turn 50 by the end of the year is eligible to compete. For more information, contact Beverly Youngren, USA Pickleball Ambassador, at [email protected] Pickleball partners can be found if needed!

Drop-in play for Pickleball is available on Wednesdays and Saturdays starting at 8:30 a.m. Bob Youngren currently gives classes on Mondays and Thursdays.