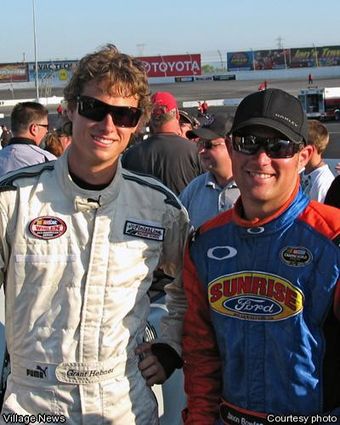 IRWINDALE- Fallbrook’s Grant Hebner finished fifth in race fourteen of the NASCAR Super Truck series at Toyota Speedway in Irwindale. The season-ending fourteenth race of the series was a 100-lap event which featured 27 competitors vying for the race win and a chance to improve their standing in the year-end series championship.

The 100 lap race was considerably longer than the usual 40 lap events. This placed special emphasis on engineering the set-up for Hebner’s Super Truck. “We qualify for a starting position in the heat of the day,” remarked Hebner. “The race is at night und...