The Phantom returns to San Diego 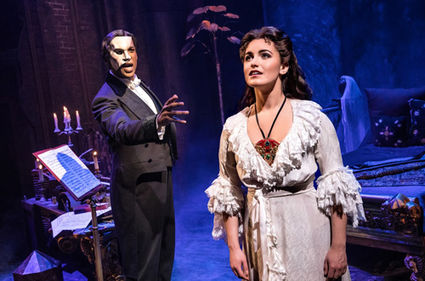 While this is a new touring production of the famous opera let it be said that this production is visually spectacular.

It's hard to believe 32 years have passed since its opening in New York City. "The Phantom of the Opera" stormed Broadway with Michael Crawford in the leading role.

It is one of few shows that seem to be bullet proof. Regardless of who plays The Phantom, one is never disappointed with the production.

As is again in this case. "The Phantom" in this tour is played by Quentin Oliver Lee with such swag and vigor it is hard to recall any other in the role even Mr. Crawford....