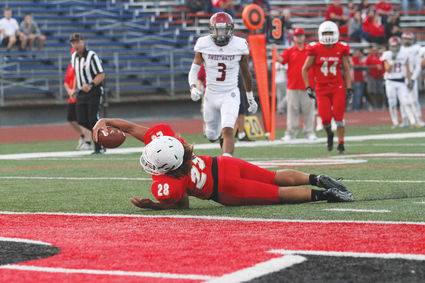 Fallbrook High senior Craig Person stretches out to get the ball into the end zone for a touchdown against Sweetwater. Valley League coaches named Person to the all-league first team offense.