Girl in stable condition with wound to left shoulder 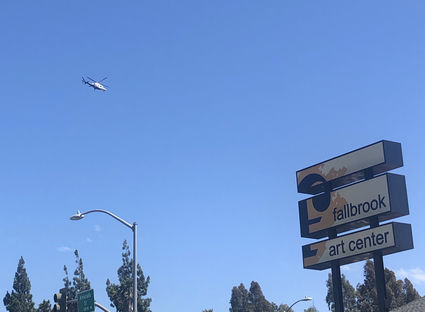 A 12 year old Fallbrook girl is airlifted to the hospital after being shot by a handgun that accidentally discharged.

A 12 year old girl was accidentally shot by her cousin with a 9 mm handgun Friday afternoon April 19 in Fallbrook.

After suffering a wound to her left shoulder, the girl was airlifted to Rady's Children's Hospital in San Diego, where she was in stable condition according to North County Fire Public Information Officer John Choi.

An update on the girl’s condition as of Monday, April 22, had not been confirmed by a spokesperson from Rady’s Children’s Hospital.

The shooting took place at 1:39 p.m. Friday in the 900 block of Santa Margarita Drive, Choi said.