US held record number of migrant children in custody in 2019 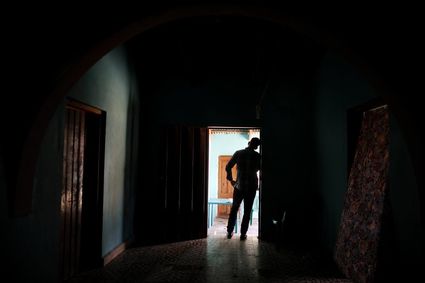 In this Aug. 23 photo, a Honduran father stands at his home in Comayagua, Honduras, after an interview about being separated from his 3-year-old daughter at the border after traveling for weeks to seek asylum in the U.S. According to court records, his daughter was sexually abused in U.S. foster care. She was later deported and arrived back in Honduras withdrawn, anxious and angry. He fears their bond is forever broken. AP Photo/Elmer Martinez photo

The 3-year-old girl traveled for weeks cradled in her father's arms, as he set out to seek asylum in the United States. Now she won't even look at him.

After being forcibly separated at the border by government officials, sexually abused in U.S. foster care and deported, the once bright and beaming girl arrived back in Honduras withdrawn, anxious and angry, convinced her father abandoned her, he said.

He fears their bond is forever broken.

"I think about this trauma staying with her too, because the trauma has re...