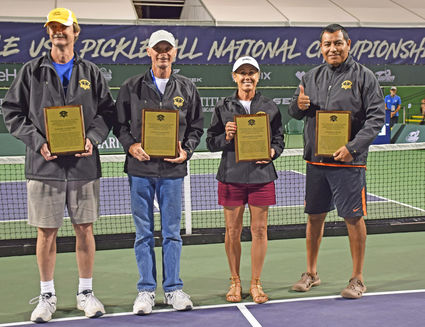 FALLBROOK – Before she ever heard of pickleball, Jennifer (Youngren) Lucore grew up in Bonsall and graduated from Fallbrook Union High School in 1984. She played on the varsity tennis team and continued her tennis at Palomar College and onward.

She was recently inducted into the Pickleball Hall of Fame, as the first female athlete and competitor, during the USAPA National Championship in Indian Wells in November.

The Pickleball Hall of Fame was formed in 2017 to recognize individuals who have achieved exceptional results in pickleball play over the course of their career, as well as exc...