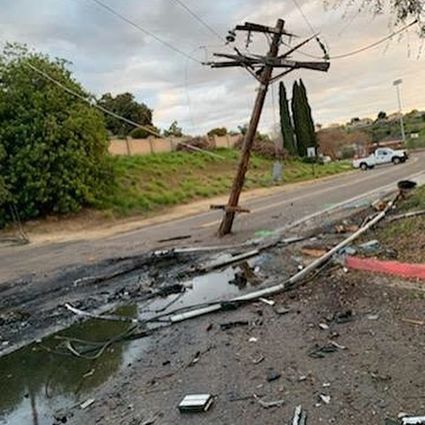 An apparent car accident knocked down a power line near Fallbrook Union High School, causing a power outage Monday morning that resulted in classes being cancelled.

The crash happened around 1:07 a.m., according to information from California Highway Patrol spokesman Mark Latulippe.

A 13-year-old child driving a parent's car crashed on Stage Coach Lane near the high school, and the car burst into flames, Latulippe said.

The child was taken to Rady Children's Hospital with minor injuries, and was also cited for driving under the i...