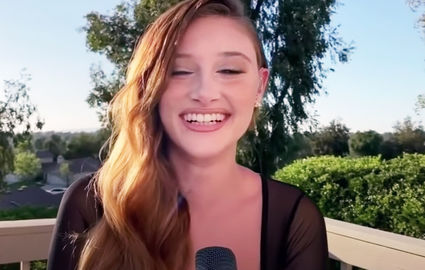 Temecula's Makayla Phillips is saved by the "American Idol" judges and will continue to compete in the singing competition. Instead of the top 10, the show will now feature 11 singers competing for just seven spots when "American Idol" returns Sunday, May 10, to ABC. Valley News/Courtesy photo/ABC

Olivia Ximines, 16, of Menifee will not be going through to the top 10 on ABC's "American Idol," though two more performers with local ties are still in the mix for the title.

On the second edition of the show that has shifted to a perform-from-home format, due to the coronavirus pandemic, Murrieta native Jonny West was moved through to the top 10 thanks to votes from the show's fans and he performed an original rendition of "Faithfully" by Journey.

"You never look like you're forcing anything in your range," judge Luke Bryan said after his performance from his Studio City apartment. "You have your style and you know it and you stay within your style."

"You have gone from that shy guy to that sexy guy, which is what it's called in the business," judge Lionel Richie said as West laughed. "You're on your way to something really big."

"As I heard it, it sounded like you were singing on a deeper level of love, so deep and magical," judge Katie Perry said. "I want to go see your show now."

To watch his performance on the show, visit https://www.youtube.com/watch?v=-ltlC_0ol5E.

Initially, Temecula's Makayla Phillips wasn't going to go through to the top 10, but all three of the judges agreed that she should be saved and moved through.

"It was difficult," judge Katy Perry said. "But I think she can give some of the other contestants that are in our Top 10 a run for their money vocally, as long as she is picking the right song that connects with the people that are watching and listening."

"Oh, my God, I'm going to cry right now," Phillips said. "This has been my dream since I was very little, so this means the world and more to me."

"Early in the audition, I heard this amazing voice out of you and I've been really wanting America to hear that, and that's what why we fought for you and saved you," Bryan told Phillips. "I'm so glad you came back just to allow America to hear what a great singer you are."

"You're a star, Ms. 17-Year-Old," Richie said. "Keep working hard, because you're on your way to somewhere in the stars." 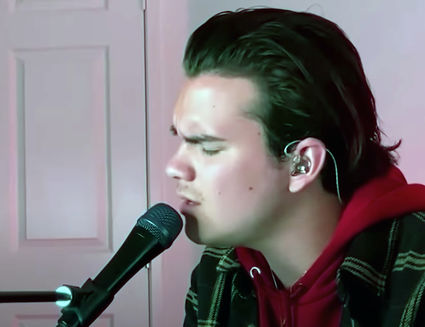 Murrieta native Jonny West performs Journey's "Faithfully" during the Sunday, May 4, airing of "American Idol." West advanced to the top 10 on the show.

Phillips, who made it as far as the semifinals on NBC's "America's Got Talent," sang from the deck of her home in Temecula. She performed Miranda Lambert's "The House That Built Me," playing on the at-home them of the show.

The judges all praised her performance.

To watch her performance, visit https://www.youtube.com/watch?v=JeZbSo5kBNg.

Ximines, who auditioned and Los Angeles and told very few people about her participation on the show, was eliminated after performing strongly throughout the season.

West and Phillips join nine other performers from around the country, officially making the next level of competition the top 11.

Voting continued Sunday night through Monday morning and the show's top 7 singers will be revealed during the 8 p.m. Sunday, May 10, airing of the show.