Theatre Talk on an island and around San Diego 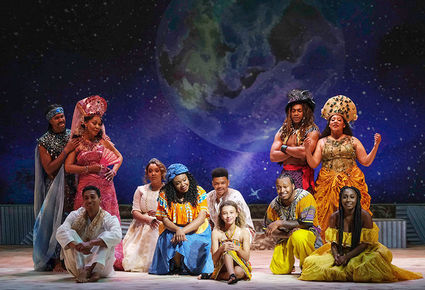 Expectations are always high when attending a performance at Vista's renowned outdoor venue the Moonlight Amphitheatre. Under the stars on a pleasant opening night, the maskless crowd enthusiastically welcomed the first production of its 40th season, "Once on this Island, The Musical."

First produced in 1990, originally a 90-minute-one-act play, "Once on this Island, The Musical" opened off-Broadway and ran for 60 performances. Over the years other performances followed eventually crossing the pond for a stint in London, the West End in 1995, and returning to Broadway in 2018 to win a Tony...