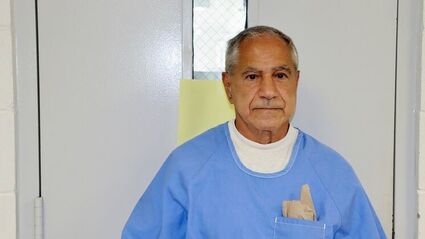 Sirhan Sirhan who assassinated Sen. Robert F. Kennedy in 1968 in Los Angeles, was granted parole today on his 16th attempt.

LOS ANGELES (CNS) - Sirhan Sirhan, who assassinated Sen. Robert F. Kennedy in 1968 in Los Angeles, has been recommended for parole on his 16th

attempt, during a hearing that was absent any representation from the agency that prosecuted him -- the Los Angeles County District Attorney's Office.

The decision does not automatically mean the 77-year-old Sirhan, who is imprisoned at the Richard J. Donovan Correctional Facility in Otay Mesa in

San Diego County, will be released.

The decision by a two-person parole panel will enter a 120-day review period, after which it will be forwarded to...